Assertion: Jack in the Box is anti woman. 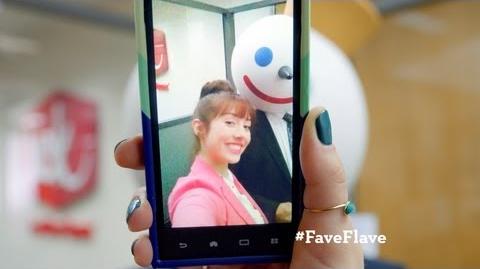 As if we need more reasons not to eat Jack in the Box, an apparently-not-new commercial (I get most of my TV via the likes of Netflix) has made it blatantly clear that leadership in the company has little to no respect for the skills and talents required of a good social content strategist.

In the commercial a young woman prattles on in “social speak” – complete with spoken hashtags & misappropriated slang – while the company mascot stands by in utter incomprehension. Yet it’s not the bubble head that is portrayed as the ditz, it’s the woman whom the company has ostensibly hired to manage the brands dialogue with the public online. At the end of the spot, the Jack dismissively tells (not asks) her to make copies, equating her role to one that is administrative, rather than strategic.

Certainly some will defend the story by pointing out that the young woman is an intern. This might explain the demands for her to pick up the admin slack, but it does not excuse the obviously lack of respect for what it takes to conceive and execute effective social strategy. So, while freelance and full-time job listings alike are rife with requests for social media workers, it’s seems the role is still struggling to be regarded as one worthy of respect.

@SheriLehman does a better job of explicating the wrongness of this commercial, and does well to explain what social media professionals actually do:

We’re socialites, but we’re also curators. We’re researchers. We’re analyzers. We’re writers. We’re big idea kinds of people. To work in social media, we have to think outside of the box and we have to align social to further the mission of our entire web presence.

Further, I assert that this Jack in the Box commercial isn’t just ignorant of the new business landscape, it also belies an underlying disrespect for the kind of skills that are generally female-dominated – the kind that are less linear, more associative. Meanwhile, homemakers everywhere heave a collective sigh.

Am I wrong? Tell me @eightyjane