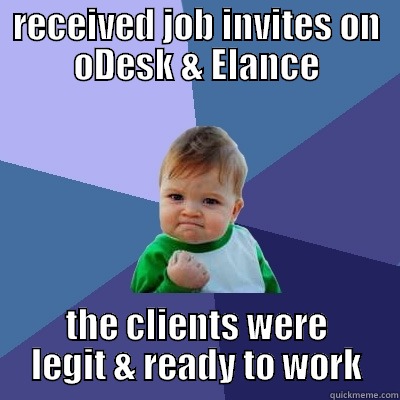 There are some that use freelancer platforms for the purpose of earning a bit of extra cash. For a growing number, though, the work found on sites like oDesk and Elance (my two most used) are not just side gigs – they are part of – or wholly – the source of full-time employment. Accordingly, it’s becoming more important that these platforms offer ways for freelancers to evaluate potential clients, just as they are themselves evaluated.

The recently announced merger between the above mentioned companies has, predictably, caused a stir amongst the community of online workers – and the general timber is not a happy one. The loudest cries I’ve heard come from those worried that oDesk will start charging for memberships as does Elance. Instead, I’m worried that the latter could be diluted by the former, making it harder to score projects that pay well by U.S. standards.

@eightyjane Thanks for your feedback, Mary. We invite you to share your thoughts on our community forum: https://t.co/1YVPG8Zkmt

Previously, I’d considered Elance a superior source for quality projects and quality clients. In the last year, however, I’ve seen something of a reversal of this – with my better work coming from oDesk, while Elance projects have been prone to flakiness and bait & switch tactics. For both platforms, clients are allowed to have barely there profiles and post incomplete proposal requests. This may be fine for the weekend web warrior, but those of us who consider these resources to be key parts of our career matrix need to be able to weed out the flakes and switchers.

oDesk is also winning points in that it seems ready to listen to it’s members and respond to feedback. Just when I was managing the resolution of a false start on Elance, I received the below message re: a new project that I’d just started on oDesk. It’s encouraging to see that the company has roles with such titles as Freelancer Success Manager, which, presumably, are designed to advocate for the workers. 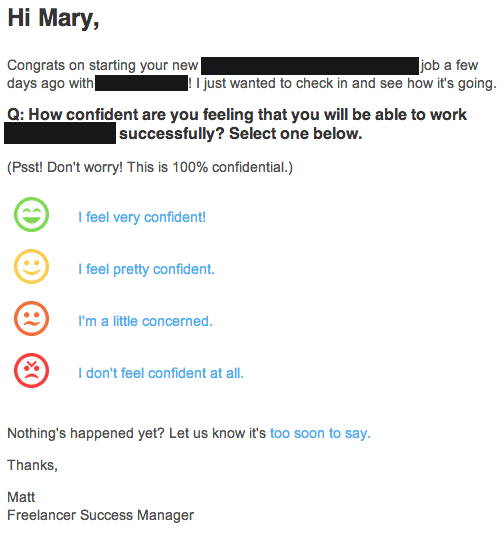 Meet Mart on Elance or oDesk.

« Assertion: Jack in the Box is anti woman. » Diary of a Digital Stylist: Covet Fashion App